Understanding the differences between competition and personal protection training 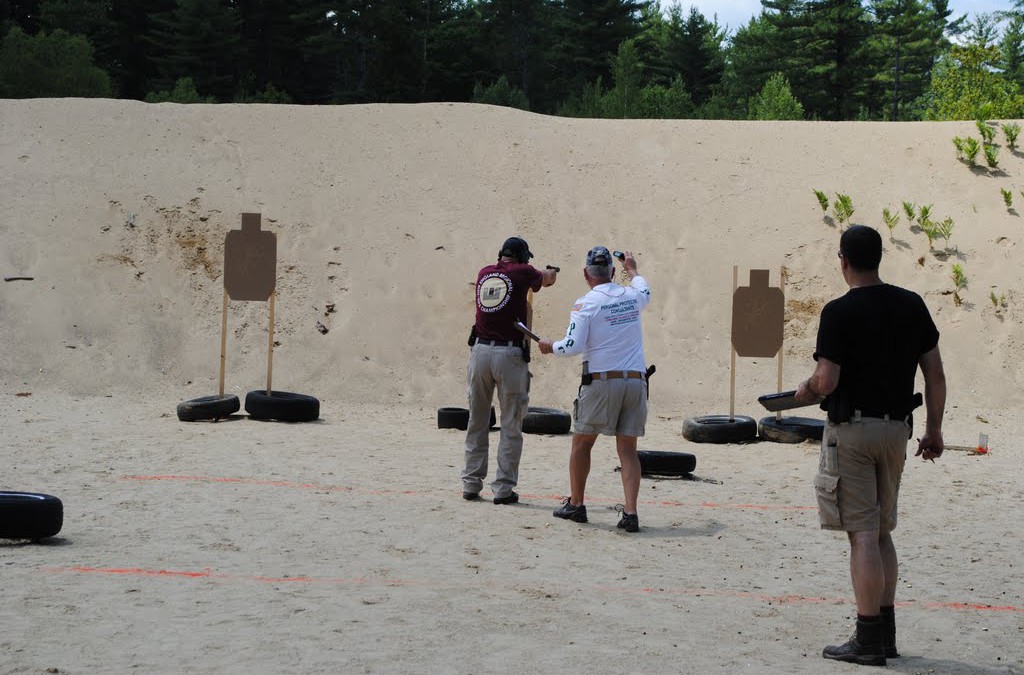 Nearly every week students ask me weekly about the benefits of shooting competition and its application for personal protection training.  Many people actually equate competition with training. In my opinion that is both unfortunate and risky.

For obvious safety reasons certain rules must be followed to protect the participants, spectators and the range itself.  And this is a good thing. Here are some example… some events prohibit the shooter from carrying a hot gun (loaded) in a holster until the shooter is on station.  Others forbid reloading while moving, still others specify a shot sequences and actual number of hits that are allowed or not allowed.  I could go on and on but you get the picture.  The event must be structured for safety and to allow fair scoring of the competitors.   Therefore it’s a scripted, static shooting environment.

I am making the assumption that the victim has 1) made an attempt to avoid the threat (leave the area).  2) Made an attempt to hide from the threat, and is only engaging the threat because s/he is in fear for his/her life or the lives of loved ones.  The victim is presenting his / her weapon because s/he can articulate (in court after the event), that the threat had “a weapon, capability and intent” to do harm).    So the fight is on.  Missed shots don’t cost points they may cost lives.  Flagging an innocent with the muzzle of the gun isn’t just a procedural error.   The stakes are no longer about a competitive score, they are about your life and lives other others who may be involved!

The fact is in a fight, you are on your own.  Your weapons handing skills, ability to shoot while moving, and ability get hits delivered on the threat are your responsibility. Yours alone.

So, the question is, does my training and shooting regime actually prepare me for what I might encounter in a lethal force encounter?

Over the past few years I’ve been fortunate to teach lots of great people interested in developing their proficiency for self-defense using firearms.  What I’ve witnessed is many students have adopted a range / competition mindset that doesn’t translate to personal protection. Some students have become programed to let someone else (the RSO) hold them accountable for their weapon manipulation.  If they flag someone, no big deal because the RSO will scream “muzzle”.    I’ve have had a student unload and clear the gun during a firing drill after one evolution.  When I ask why he said, “because that’s what I always do in the XYZ competition”.  This individual simply went on “auto pilot”, when he started shooting.   And, it’s possible that this gentlemen might do the same when in a fight for his life — and that could be disastrous.

The fact is, under stress, humans revert to the lowest level of training they have experienced.  No matter how good you think you are, under stress your ability to execute is directly tied to what you’ve trained to do… especially when the rounds are incoming.   Fights are not static… they are dynamic and we have to train for that environment.

Therefore, based on my experience as a shooter and instructor, I try to carefully evaluate the competition I’d doing and how participating in it might impact my ability to respond in the worst case defensive scenario.   I’ve stopped doing some competitive events as I believe they were training me to do the things that were not tactically sound or court defensible.  I’ve shot other events knowing they would help me enhance a specific skill but were not applicable to defensive application.  I’ve even done some events where the RSO wouldn’t score my events because I used a specific IWB holster that the range didn’t allow.  That was fine as I was using the event as a training opportunity to test my gear.  The score wasn’t important, knowing I could make a clean and safe presentation from this specific holster mattered!

I enjoy competition and regularly participate in it. At the same time, I encourage people interested in developing their self-defense skills to evaluate how they are approaching their training. Take defensive handgun classes, get coaching, and try different techniques.   Look at competition for what it is, and what it is not.  And remember the saying…  “Train like you fight”… “Fight like you train”.